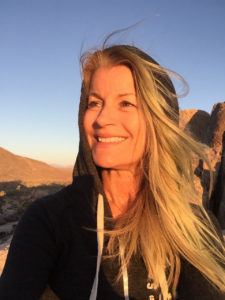 Beata’s teaches a unique blend of Vinyasa flow with a strong emphasis on the devotional aspect of Yoga following the path of Bhakti Yoga.

She has taught at Peace Yoga Gallery-DTLA, Inhale-Venice, Ganesha House-West LA, Core Power Yoga (multiple locations in LA) and Tantris, center for Yogic Science in West Hollywood and Bhakti Yoga Shala in Santa Monica. She currently teaches at Core Power Yoga (multiple locations in Silicon Valley and TruFusion Saratoga as well as private sessions in Los Gatos). She is also a guest teacher at Shanti Hot Yoga in LA.

Beate wholeheartedly believes in Yoga as the science of wellbeing, by following the eight-limbed path by Patanjali, with the ultimate goal of a more balanced life, happiness and Self-realization. 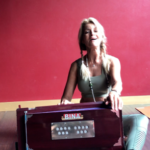 With Special Guest Teacher Beate Sophia! Explore the union of mind, body, and speech through ancient practices of hatha yoga and mantra yoga.  This retreat will allow you to experience the harmonizing effects of breathing, postures, meditation, and chanting in the sacred traditions of Bhakti Yoga, Vinyasa, and Tibetan Buddhism.  You will begin to see the powerful connection between your thoughts, language, voice, sound vibration, and manifestation. This weekend will include: Yoga for all levels…

Sign up for our newsletter and be in the 1st to know about the latest retreats & upcoming events at Ratna Ling Retreat Center!

Stay Up to Date on All Our Latest Retreats and Specials.