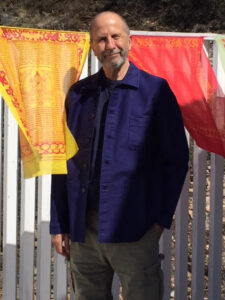 Barry graduated from the University of California, Berkeley. He began his professional life working in investment banking before becoming a student of Tarthang Tulku in the early 1970’s. From 1988-1993 he was Dean of the Nyingma Institute in Berkeley, California. In 2002 he founded Silent Moon Books a publishing company to relate stories for children and adults about Moritz, his therapy dog. He has taught Kum Nye (Tibetan relaxation yoga) throughout the world for over a decade. In 2009, Barry became Co-director of the Guna Foundation that produced 3 documentary films; Light of the Valley, Prayers of the Ancient Ones and The Great Transmission. In recent years he compiled and produced the Quotes Trilogy and Quotes Companion journal. 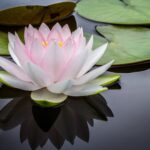 For your safety and ours, we require proof of vaccination from all visitors and residents of Ratna Ling Retreat Center.  All participants will wear masks indoors, and some classes may be offered outdoors.  We wish to provide peace of mind for all of our guests. “Life exacts a price for less than full participation.” Inspired by the Quotes journals, compilations of Tarthang Tulku’s writings, this retreat is an opportunity for contemplation, as it includes exercises…